Over the holiday break my friends at The Booth Western Art Museum gave me a call to discuss a project, their exhibit Treasures from the Frederic Remington Art Museum & Beyond was ending in a little more than two weeks and they were going to need above average crowds to break their all-time attendance record.

As the largest Remington exhibition in the South, Treasures from the Frederic Remington Art Museum & Beyond illustrates the attraction, romance and conflict of the American West through the eyes of the most well-known name in Western art. Experience Frederic Remington’s art in a way no other public exhibit has ever shown in the southeastern U.S., at the largest permanent home for Western art in the country the Booth Museum.

The marketing budget for the exhibit had mostly been spent, but more importantly, developing, implementing, and executing a strategy to produce results immediately over a 14-day window takes some creative execution.

Typically, I would have ignored the website almost entirely and relied solely upon paid traffic, but one of the benefits of working with a Smithsonian affiliate is you can get a web page indexed almost instantly. We immediately went to work tweaking the onsite elements of the Remington page to achieve better search traffic. A comprehensive audit lead us to make changes to the Title Tags, Internal Linking, and custom Schema.

The Facebook pixel is code that you place on your website. It collects data that helps you track conversions from Facebook ads, optimize ads, build targeted audiences for future ads, and remarket to people who have already taken some kind of action on your website.

Example: A user visits Amazon one night searching for a widget and for the next 30 days they see said widget in their Facebook news feed and eventually buy.

How we used the Pixel:

We were able to increase website traffic essentially day one, but what you do with that traffic separates good marketers from the wannabes. For the remaining days of the Treasures from the Frederic Remington Art Museum & Beyond exhibit, anyone who visited the Booth’s website saw multiple video ads in their news feed. 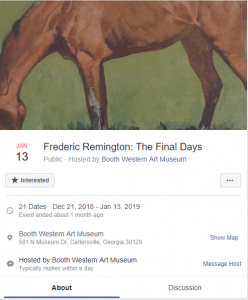 We created a Facebook Event to reach The Booth’s Facebook audience organically and to drive interest hyper-locally within the city. We then ran the event as an Ad-Set to an audience of website visitors who lived within 90 minutes of the museum.

The best part about working with a world-renowned art museum is that by default they curate and create all the content you would ever need. At the start of the initial campaign, they had created four videos highlighting and promoting Frederic Remington. We took those videos and ran Facebook video ads to two very different audiences.

An audience interested in Western Art, affluent, and culturally astute within driving distance of the museum.

A hyperlocal audience within 20 – 30 minutes of the museum. No mention of Remington or Western Art, Ad Copy was focused on the fact that there is a World Class Museum in your backyard.

I’m not going to share my Ad Copy because quite honestly it’s what separates my team from our competition, but I will tell you that the Booth Museum achieved their above average attendance and broke their all-time attendance record. 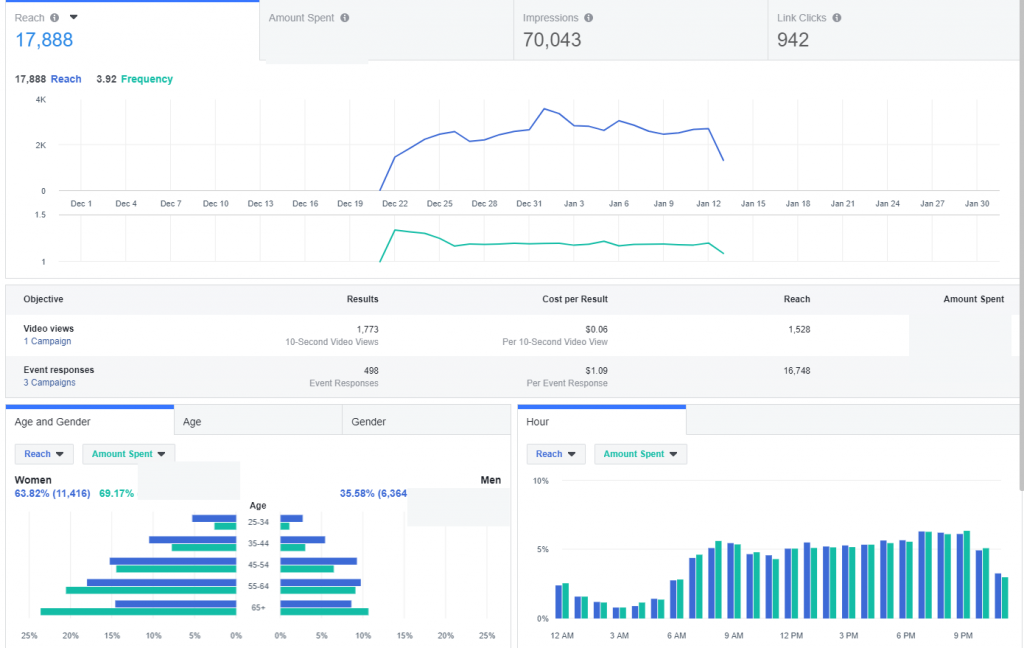